Build projects, things that guys have come up with to make a Pinz better (or worse?) and aftermarket add-ons.
Post Reply
23 posts

Anyone tried this receiver straight into the 4 bolt pindle pattern without removing the cone?

True, did not find any specs on load testing, but with a little common sense, I would have no problem in using it for a light trailer... not your Airstream!

Here is another option... My interest is not removing the tailcone, but only the pindle.

There's this unit from SAV as well http://www.pinzgauer.com/showdetails.ph ... no=SAV5520
IMHO a more basic mounting. I believe someone on the Forum came up with this design years ago and a few people
out there have been replicating it. I have one but have had no need to use it as of yet but it's handy to have.
Puller: 71' 710K 2.7L EFI aka Mozo
Follower: Sankey MK 3, 3/4 Tonne
Rescue Pinz: 73' 712M

The hitch receiver EI was selling (in the link) is the one I was making since 2001. Another "infamous" Pinz dealer attempted to sell them to SAV as his own design... which didn't go so well and SAV made some mods to the design (and not for the better imo) and has been selling it ever since. Up through 2011 I had made over 350 receivers and I know of at least 2 other people that are selling copies of it.

As for the John Deere hitch, there are 2 different tailcones made for the 710/12 Pinzgauers and the that hitch will not fit the early tailcones. Plus they are made for an ATV which means it isn't suitable for for a road towing
.
The Trojan Horse... the 1st Pinz used to covertly carry troops into battle .

I've had one of David's receivers on my pinz for a very long time and have used it to do numerous recoveries with straps, cables and receiver mounted winches. I even pulled a former grayhound bus MH conversion out of a ditch and hauled a 6500lb 35 foot long trailer "off-road" around my property - twice. Its super solid. I would go for the real deal and get David's.
Haf-e

The triangular plate has been by far the most common. Have seen a few made where the receiver tube was just butt welded to the plate, a big fail. The tube should puss through the plate and be welded on both sides. Some of the units did not fit if the body mounts were worn a little. Care should be taken when choosing the one you get. Sometimes cheaper is not always as good and vice versa.
Top

So... David, how much for one of yours?
Jerome
CRJ Driver
Top

By the way, I read there are two bolt patters on the tailcones, an early version and a new one. Anyone has the numbers? (Bolt pattern distances?)
Cheers,
Jerome
Jerome
CRJ Driver
Top

Would this one work?
JC
Jerome
CRJ Driver
Top

there are two versions of that flange

v1 only has the 3 purple mounting points; v2 has 2 additional in pink 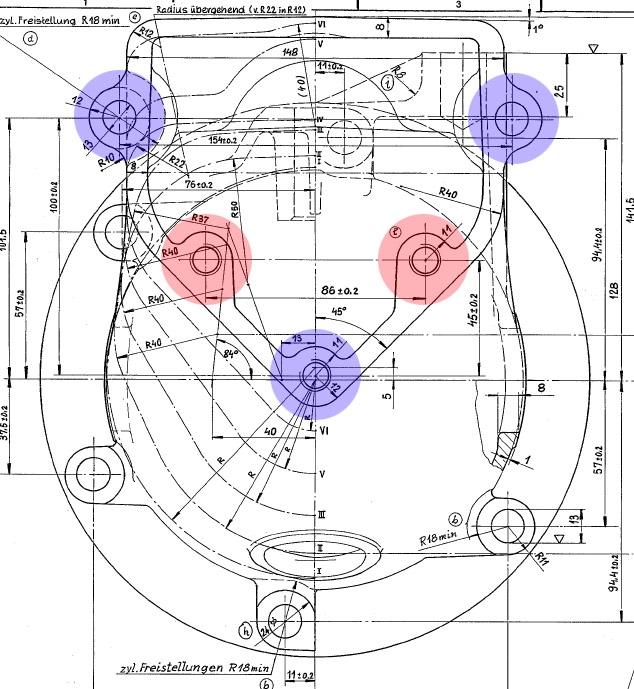 a v1 flange is for sale in Slovenia 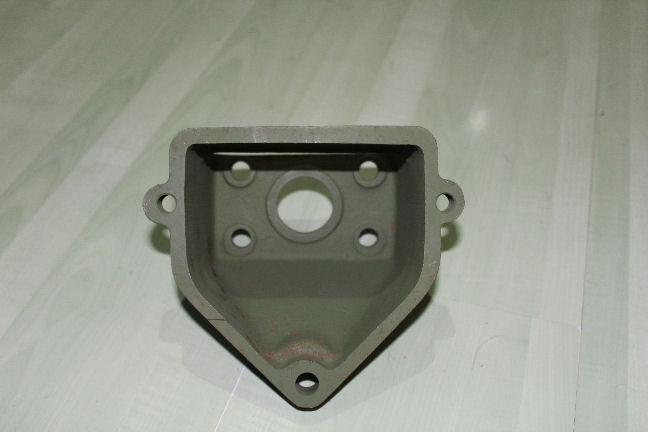 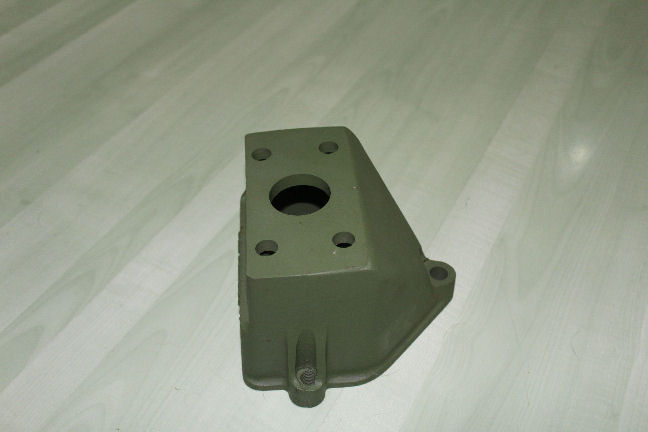