4x4's and 6x6's, parts, services and goods for sale. Dealers posting vehicle ads must donate something to the cause.
Post Reply
15 posts • Page 1 of 1

IIRC, this looks like the same truck that was for sale in the last year or so as an incomplete project .
The ad does say it was a "M" originally and the doors were added. Many of the pics would seem to support this. The truck has all the original cleats for the soft top and the new tops doesn't use any of them. The latch jambs behind the doors do not appear to be made of the structural (or rigid) metal common to all K's. For the life of me, I never remember seeing a Swiss spec 712K through all the years of the Thun auctions...??

One of my main concerns would be if longitudinal structural supports were added to the body where the door openings were cut into the pan. The folds in the M's sheetmetal adds lots of structural rigidity.

Thank you Andre... I was extremely happy with the way the Pick Cow came out... just shoot me if I ever think of trying that to GG.

.
The Trojan Horse... the 1st Pinz used to covertly carry troops into battle .

That Pinz was on here previously - but in rougher condition: 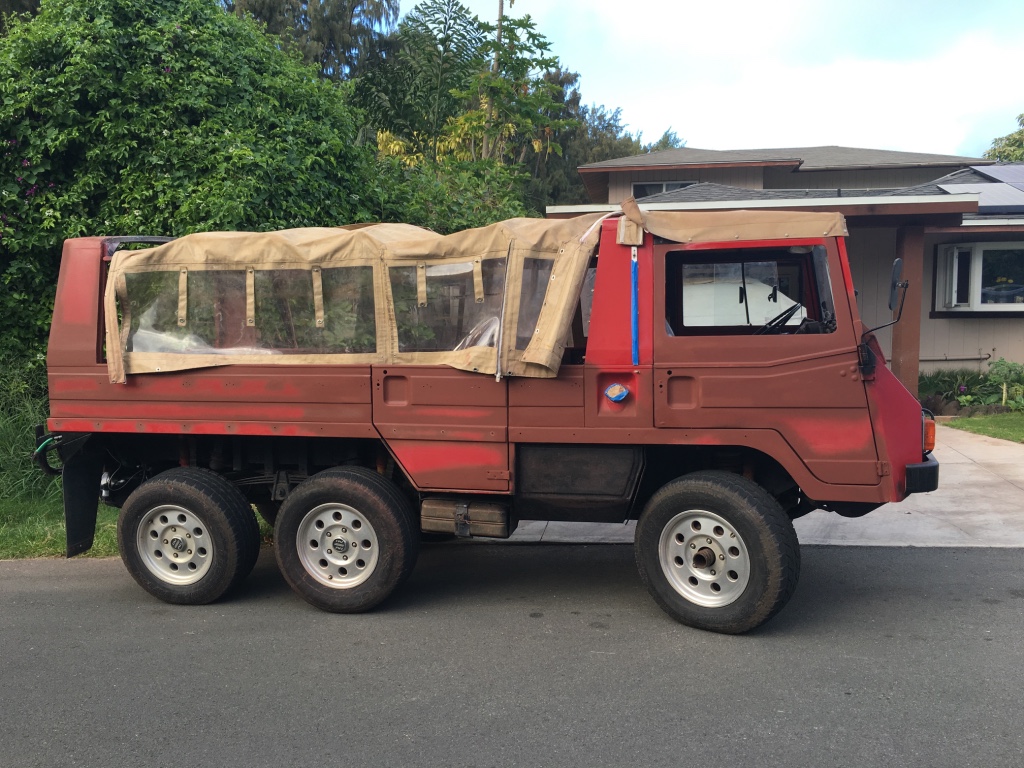 712DK can now be easily had with the Austrians now surplussing 712K's. A couple of rear bedside panels, a rear roll bar, other odds and ends, cutoff blades, a welder and some time. One or two weekends and you are there.

Are Pinzgauer 712DK's a real thing or more like a jackalope?

The few images on the web of what I would have thought were real DKs did not have the additional roll bar at the back of the rear cab area.

I think that the way Brian Mason's truck is done looks much better! 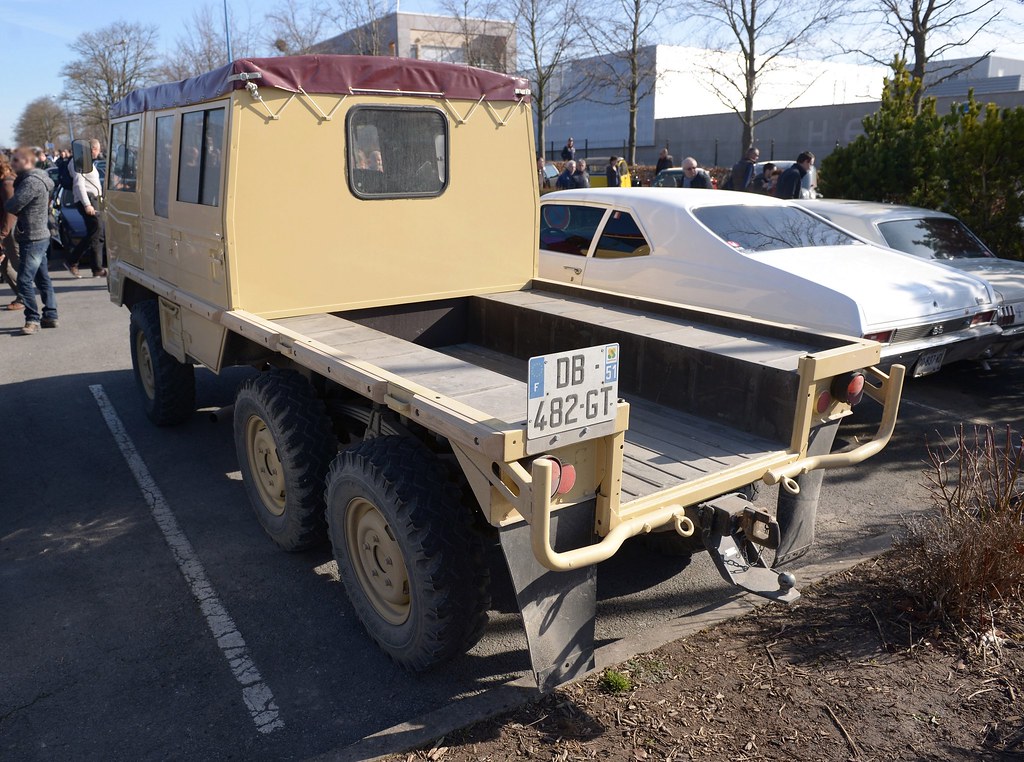 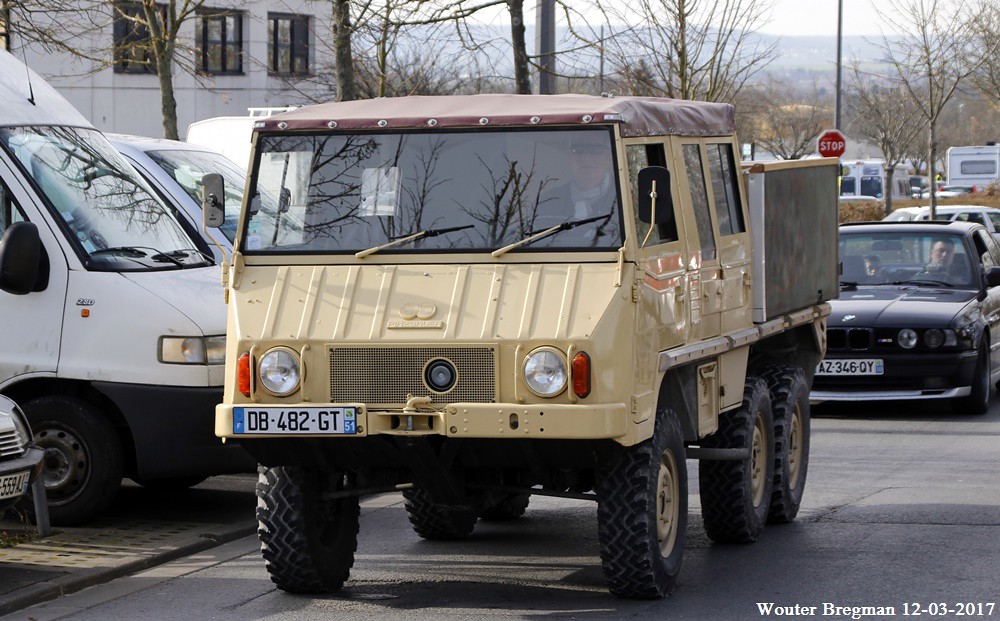 Have heard a couple different stories about various factory trucks, 4 door, 5 door, flatbed and how many and for what reason but in reality they are all just variations of a base platform. Brian's truck was a little insane since the first one started life as a 710K. He built a second body to do as a complete soft top but liked the hybrid hard/soft/no top version the 2nd truck was never built.

i am lasy on this one ... i have seen these many times .
Can any of you guys tell me what kind or rims are on this islander pinz please ?
Top

Oh man that would be killer!
Want... I have a fairly nice 710M to trade

yano wrote:i am lasy on this one ... i have seen these many times .
Can any of you guys tell me what kind or rims are on this islander pinz please ?

I believe they are Cepek (?) rims - originally made for Hummers / HMMVs.
Haf-e

Return to “CLASSIFIEDS: Pinzgauers, Haflingers and Volvos For Sale. Parts and Goods too!”