All things not relating to the other forums.
Post Reply
6 posts • Page 1 of 1

since I'm reading here for quite long time and finally registered myself, I wanted to introduce myself.
My name is Simon and I'm living near Munich.
For me, it started all with a quite cheap 710M that had several rust holes etc... That was quite a huge issue since I had nearly no experience with old cars... So I started learning.
Good thing, one of my best friends always supported my, since he's guilty that I started with the Pinz...I drove his 712M several times and it was love at first sight. 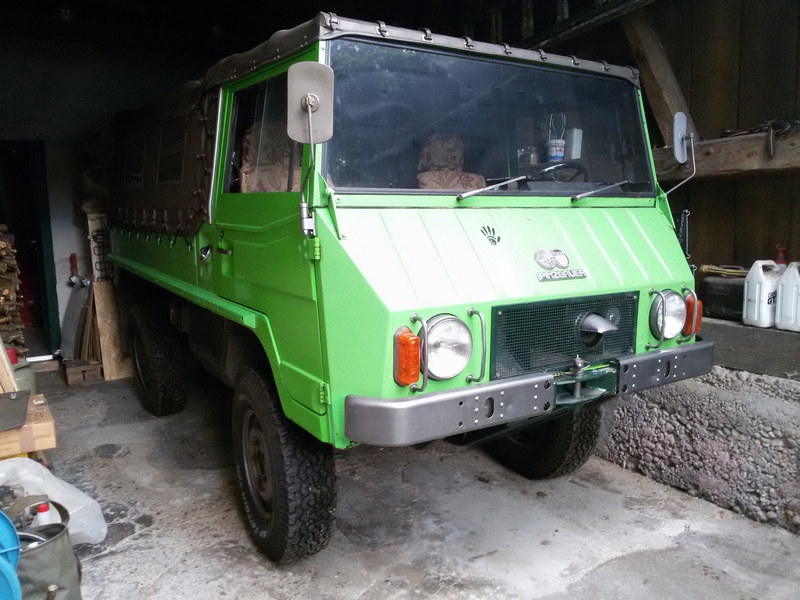 After the 710M I had a short brake and drove a Mercedes W123 Coupe due to my girlfriend. But then I decided to buy a 710K that I had until 2 months ago. 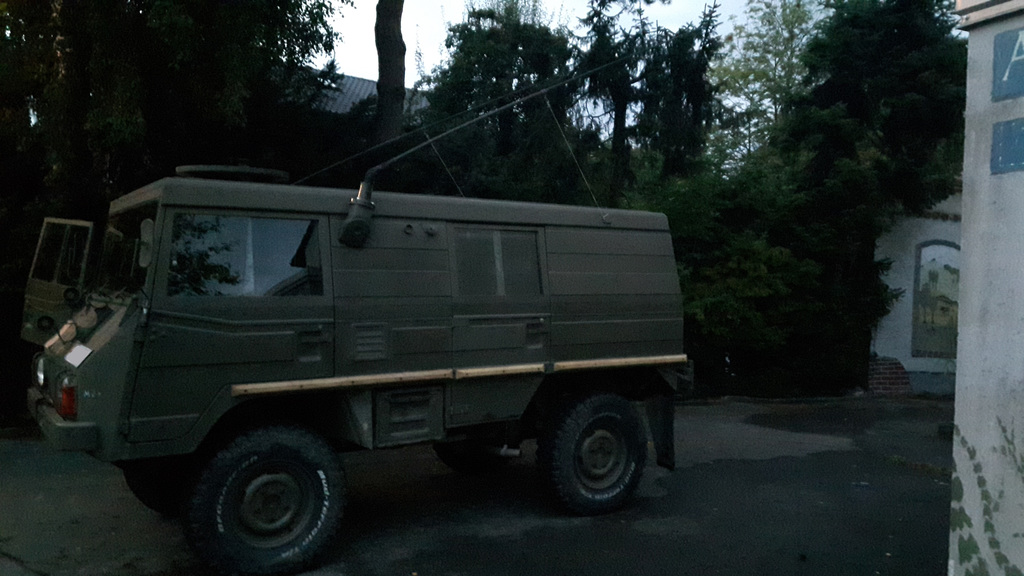 With the 710K i travelled and drove around and learned a bit more about the mechanical side... but then... one fine day, ( exactly one week ) after I broke up with my Pinzgauer-averse girlfriend, I found a 712M in very bad condition. A lot of rust, a damaged front due to an accident, several parts were missing, the gearbox not installed... long story short, I bought it. Still not an expert or anything near that, I tried to get it running and back on the street which is quite challanging thinking about the technical inspection in Germany. 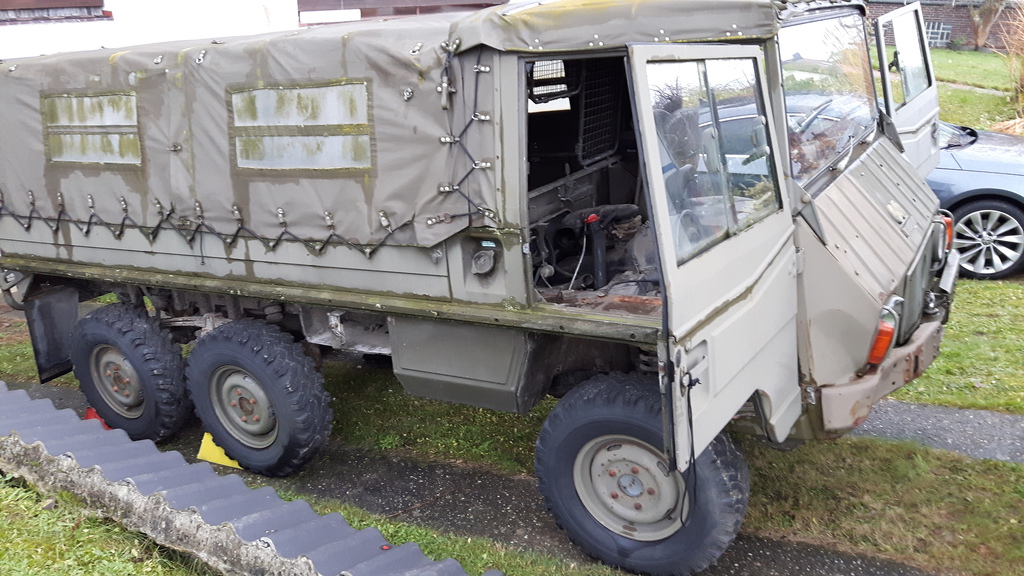 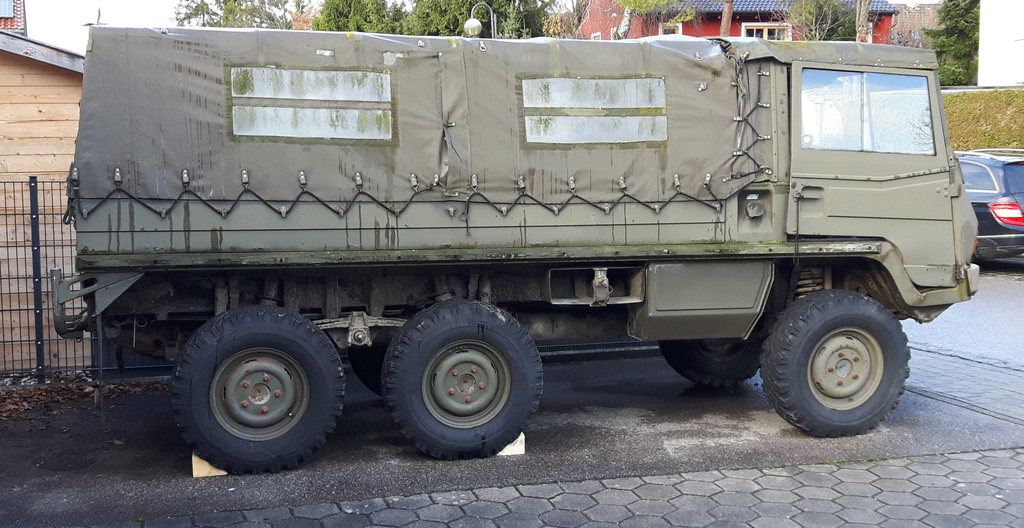 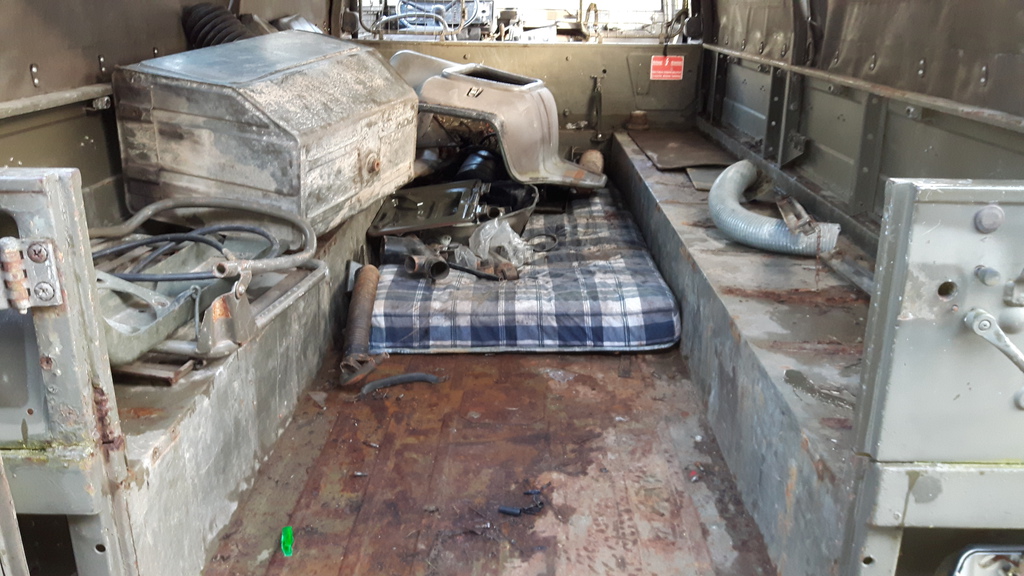 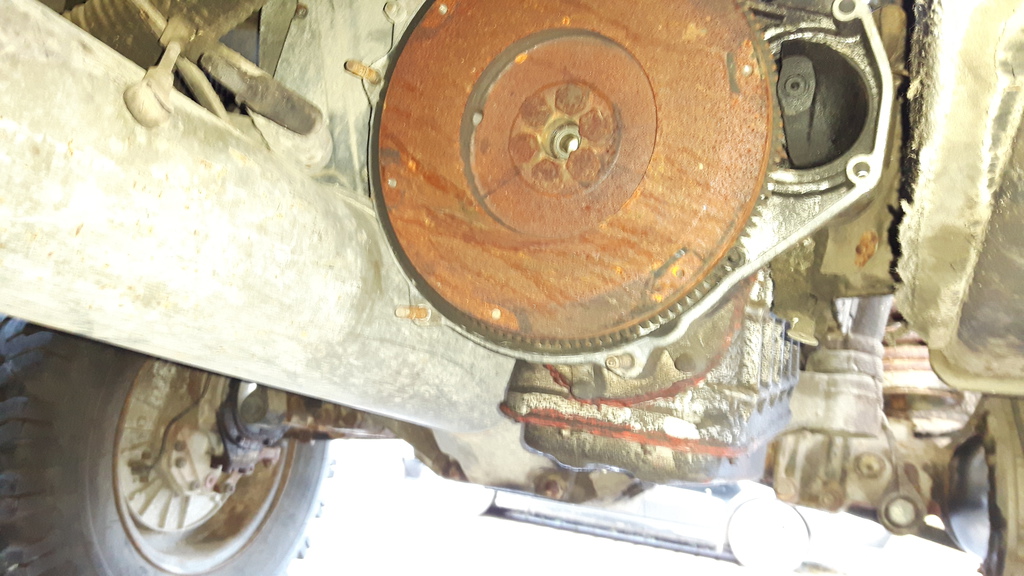 So I parked it in the garage... 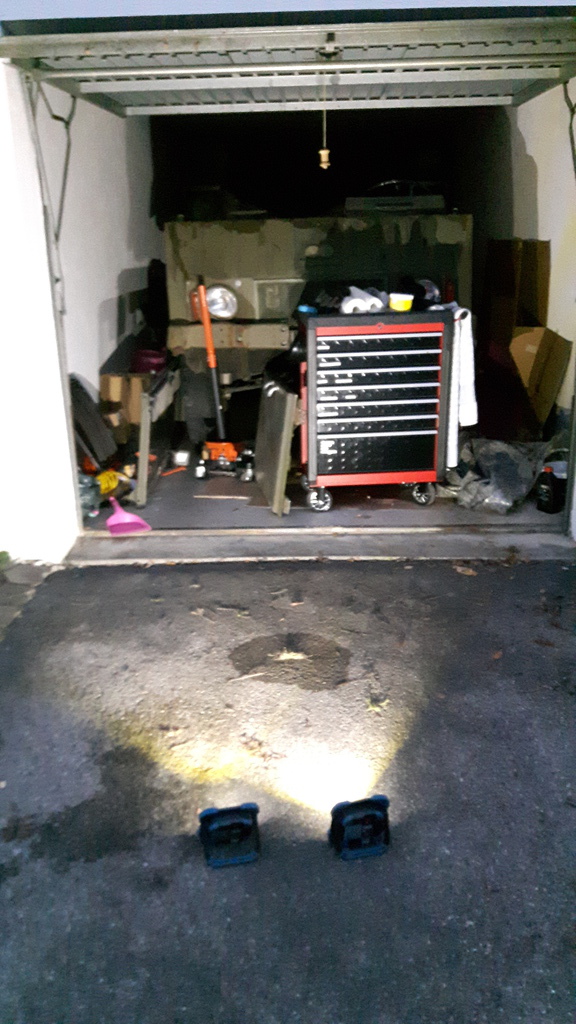 It needed a lot of work and there are too many pictures but some are worth to share... 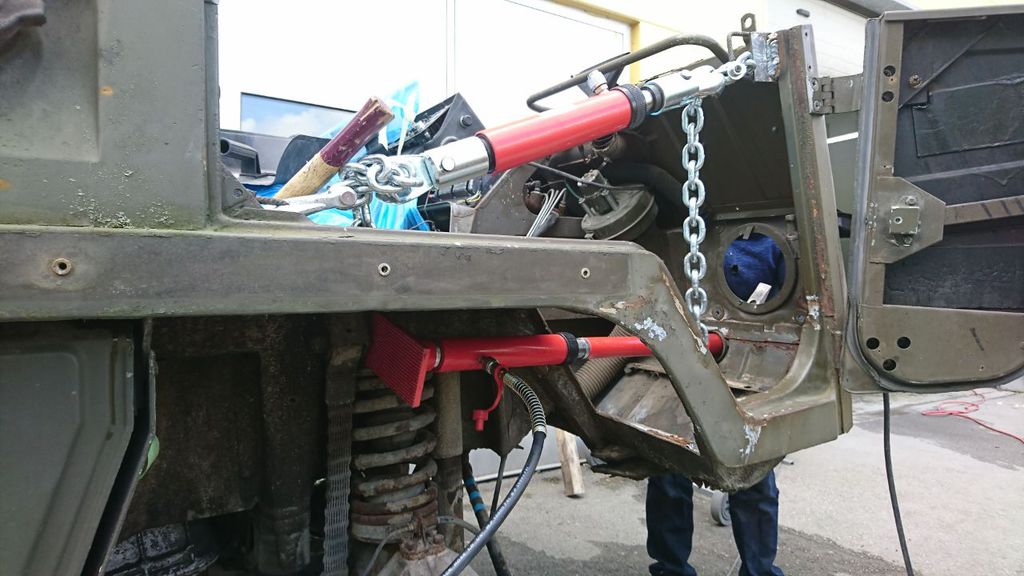 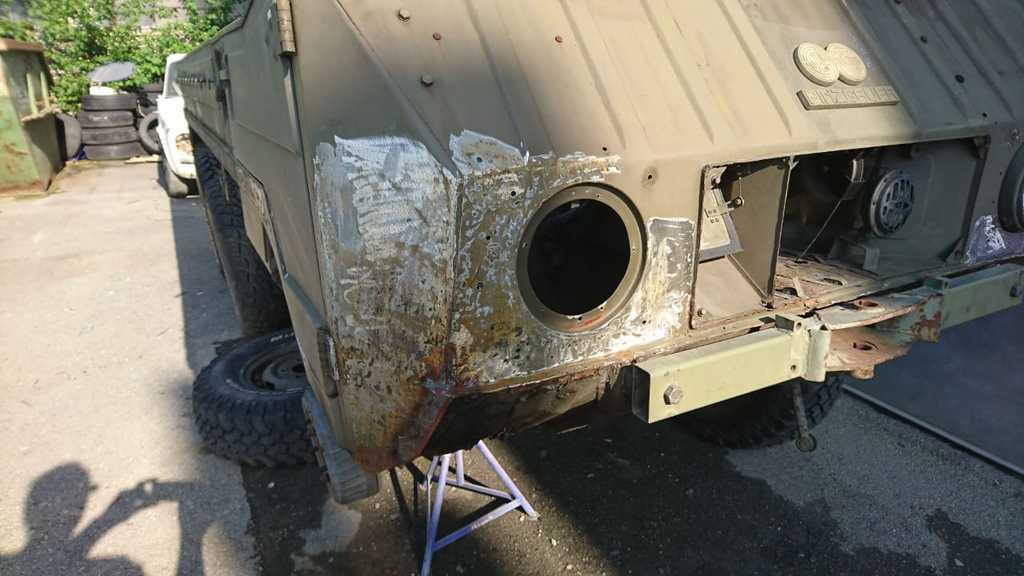 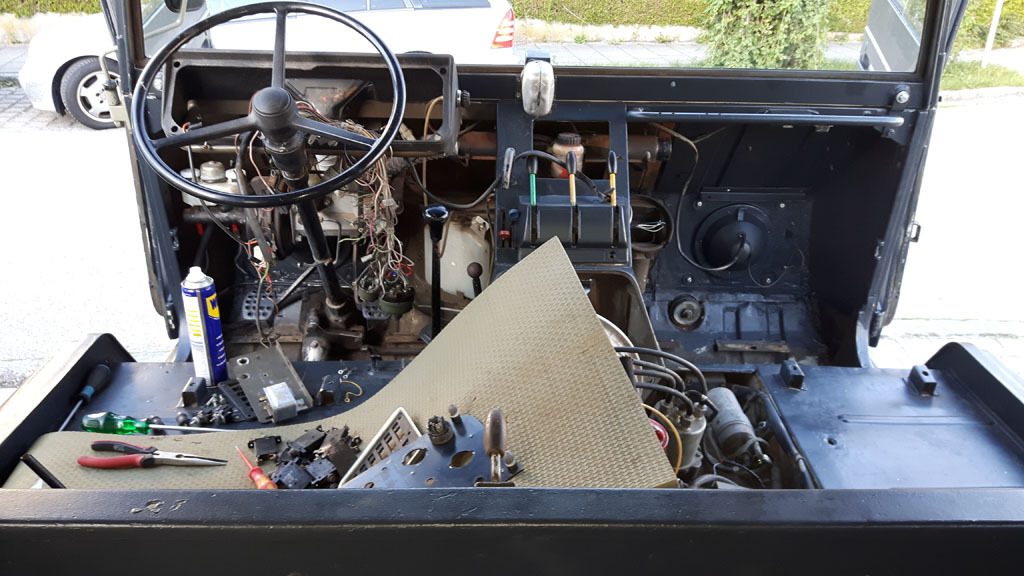 After changing the engine oil (and 2 liters of water that were inside the enginge...) and a lot of work later, that's the result. 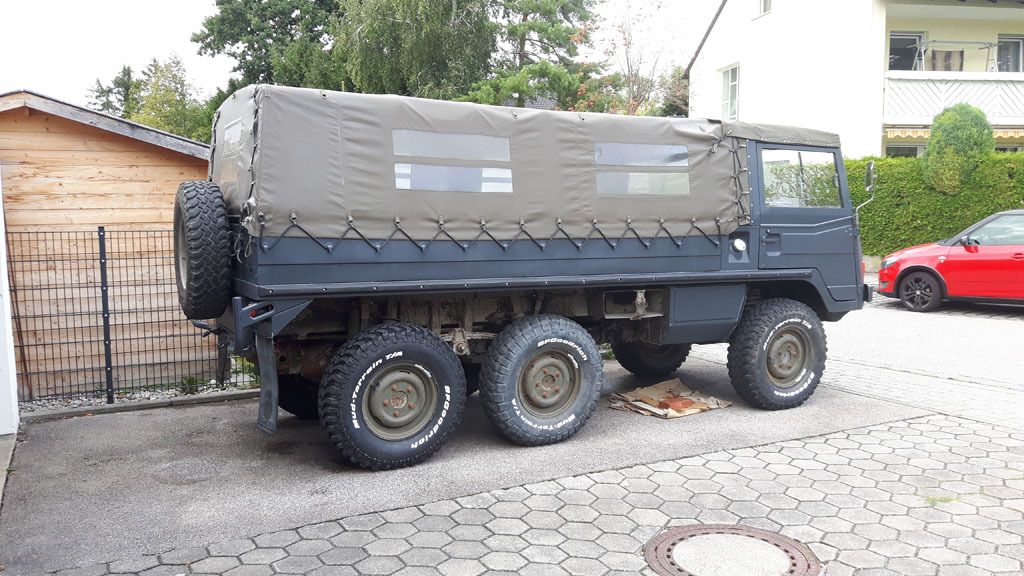 But for camping, a shelter would be better... so I searched and found one... just in the wrong colour, so I changed that quickly. 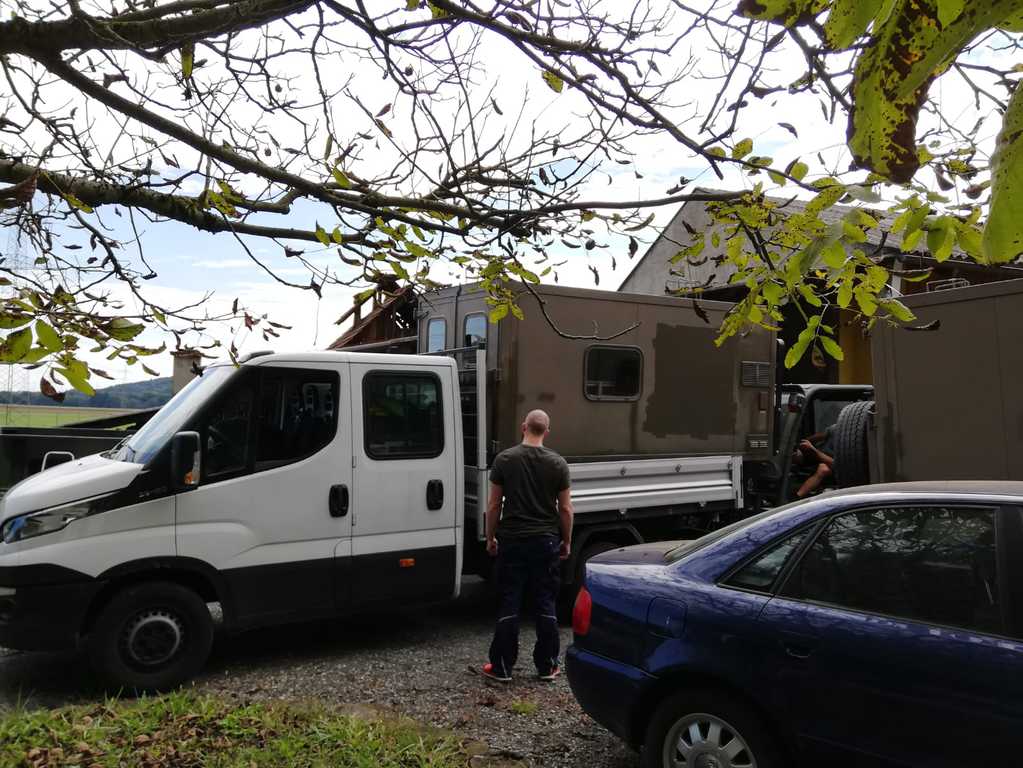 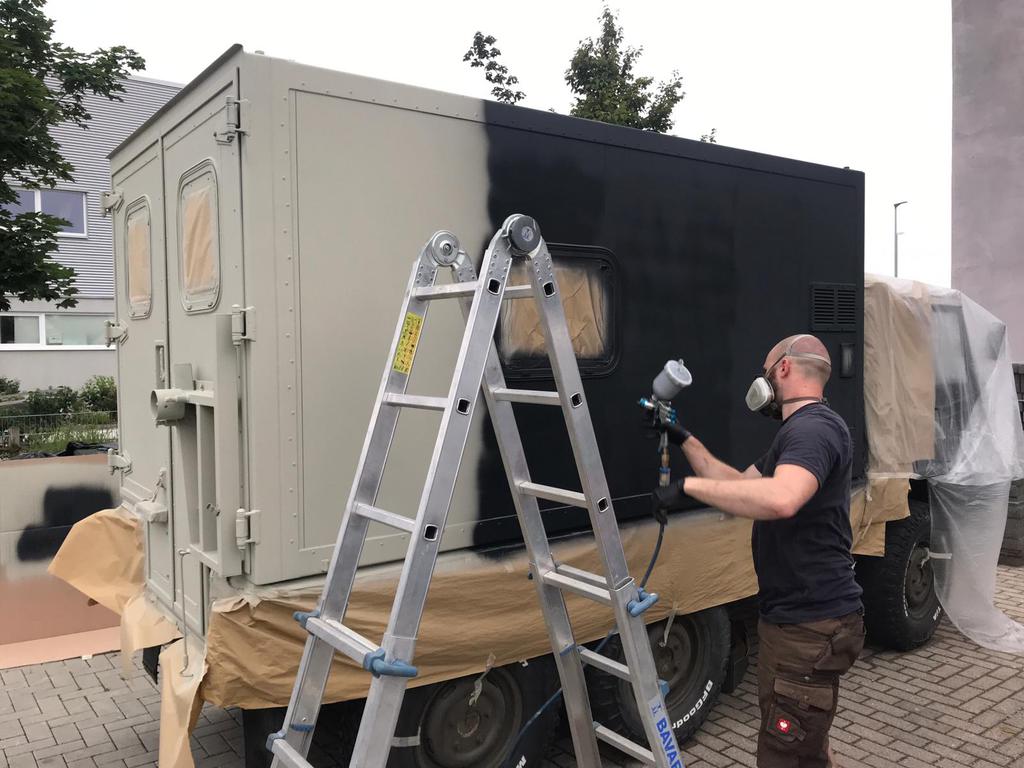 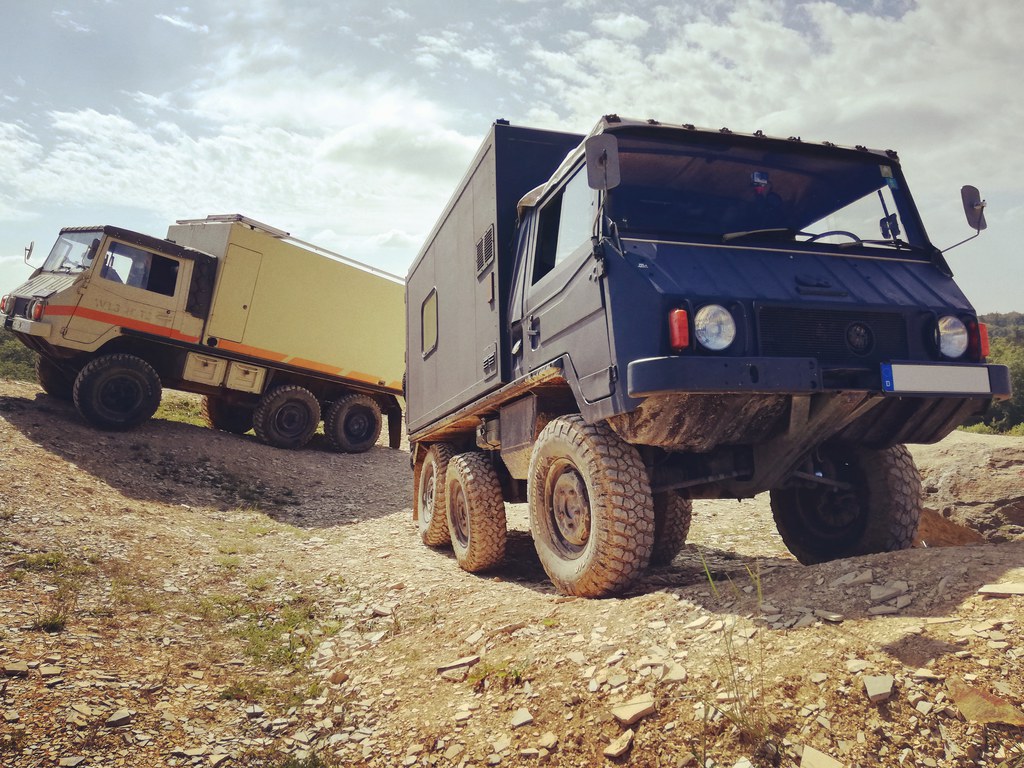 In the meantime, we found a "little" collection, I guess Joeri knows that one very well!
(I guess you can see some escalation over time....)
We bought the Pinzis and the incredible Pinzgauer Razorback buggy. 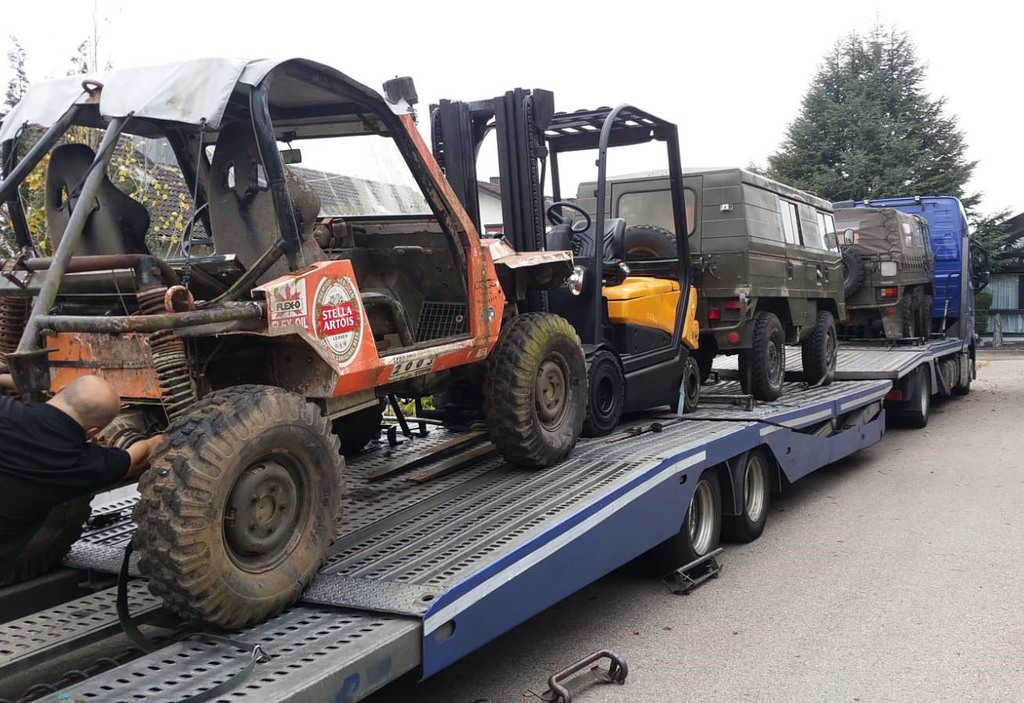 With that collection, there were "some" spare-parts, around two trailers full.

The latest project is a 712K that I bought (9 years just standing around, not driven, engine has issues, rust etc...) 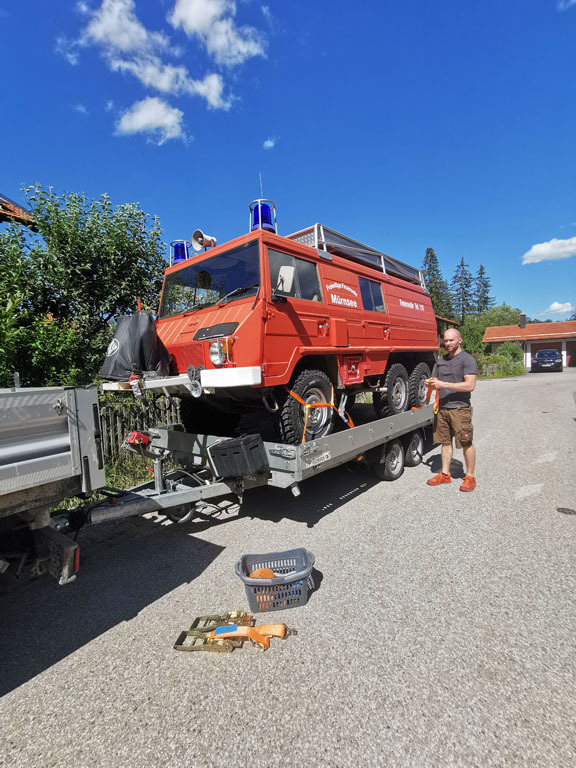 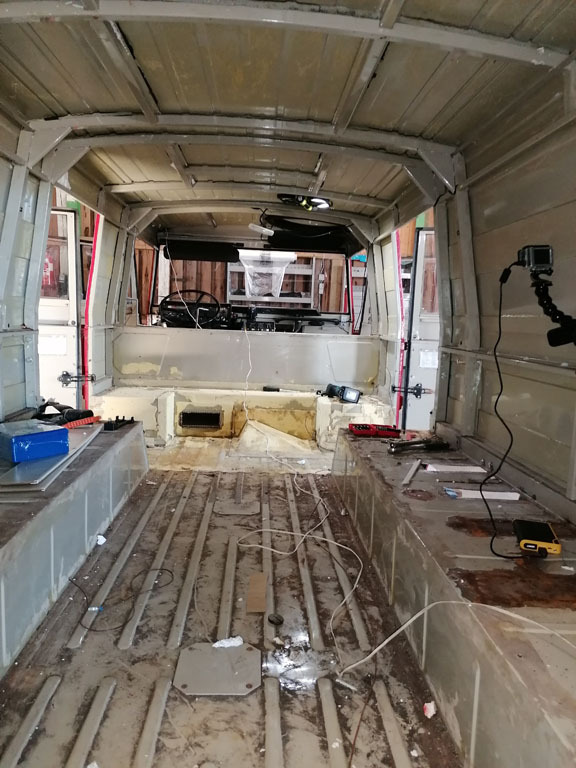 After around 200 hours, the Pinz as passed the TÜV inspection, has a new color and I replaced the water pump with a welded bumper for a winch. I guess there are still around 400-500 hours of work waiting for me until it's ready for Iceland next year. 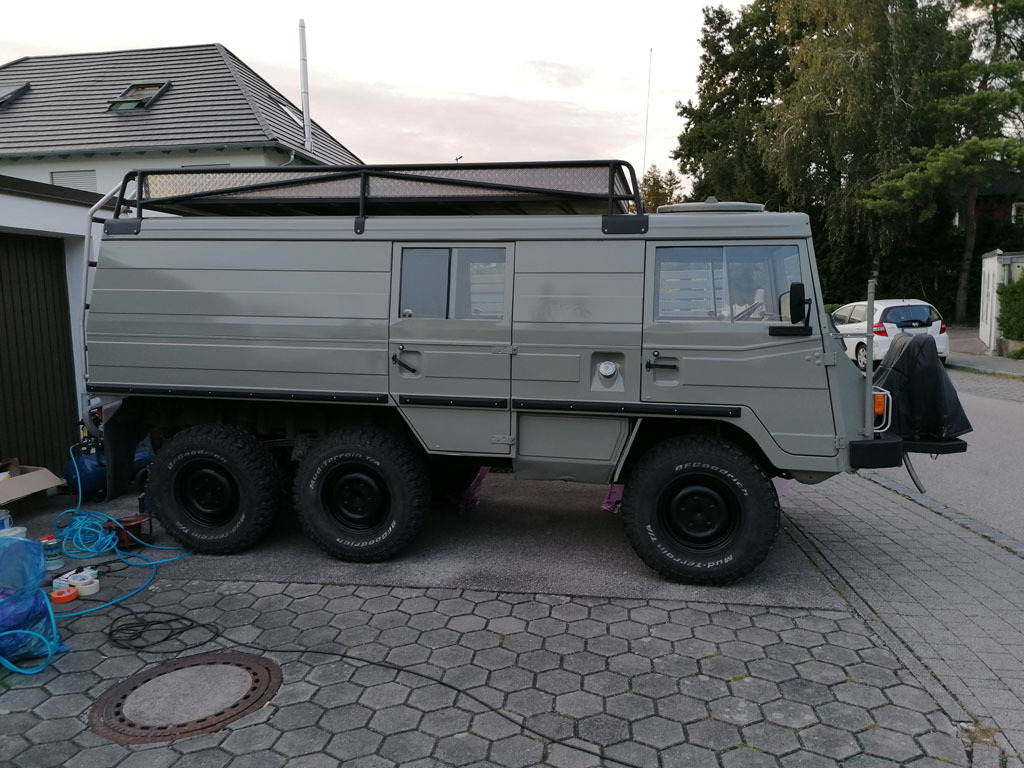 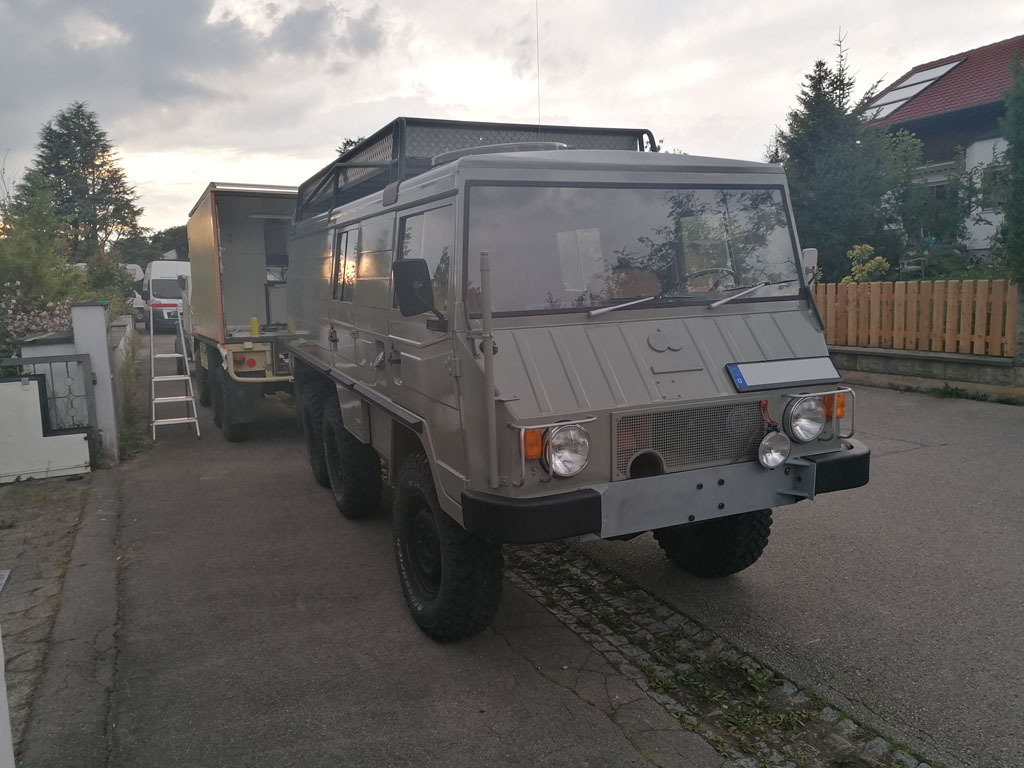 I'm always looking here and I'm getting a bit jealous, since engine swaps etc. would never pass the inspection in Germany... but it's great to see all the builds and stories here.

Glad you are here and posting! Your builds are hardcore work and look great, you obviously are not intimidated by a project lol!

Thanks for posting up the pics and introducing yourself

Wow, nice builds and rescues! I have seen that razorback buggy, looks like it would be a lot of fun.

Welcome to the forum, lots of crazy pinzgauer people to bounce ideas around with. Have fun!
Top

I have heard of the term "German craftsman" may times, now I have seen it. Great job!
Top

thanks a lot!
Yeah it's a lot of work and I don't have a barn or something so I'm working and restoring the cars out on the street most of the time... My neighbours are... happy

But it's better than sitting in front of the TV i guess.

If you want, I can also post my ongoing stuff, since the restaurations never stop.

welcome aboard! Impressive work!
"It's as stupid and wonderful as owning a pet elephant."
Top
Post Reply
6 posts • Page 1 of 1